A few years ago, I ran a website that sold software.

Now and then we released patches to our software, as you do, and I remember having the oddest conversation with our server guy.

Now the thing about releasing software patches is that you want people to download them. They make your product work better, they even fix things in your product that don’t work without the patch.

It was a major patch and, I think, a fairly vital repair to our product.

You’d think we would want to make downloading these patches as easy as possible.

Well I thought so.

Not so much my server guy. The conversation went something like this:

Me: Can we just capture their product number give them a link to download?

Server Guy: They’ll have to log into the portal.

Me: But we don’t need them to log into the portal, we just want to capture their product number.

Me: That would make it harder for them. Most of them have the software on a different computer than the one they use for emails and the web.

You get where this conversation was going, don’t you?

Eventually, I managed to convince Server Guy to just capture the product number but those are two gruelling hours of my life I’ll never get back.

So why was Server Guy being so stubborn?

Well I did get to the bottom of that. It was to do with keeping the code-base clean and not having to build new fields in the database. Also I think he was worried about security.

All worthy reasons, but it was the next one that floored me.

“They just need to learn how the system [web page] works.”

Seriously? Online customers, who can easily buy their software from another website, should learn the way our site works, to download a patch to our software, to fix an error we caused.

Now that got me thinking, because it’s neither the first nor the last time that I’ve been told that customers should just learn our websites.

In my mind, anyone who has worked in the digital world for more than 10 minutes should know that expecting your site visitor to “learn how the system works” is a recipe for site death. Customers who can’t figure out how to use your website will leave. They won’t stick around to work it out – not unless they have no choice in the matter.

Even then, they’ll find a way to sever the ties and not use your site again.

So there was me, wondering how on earth Server Guy could be thinking it was a good idea to make our site visitors jump through hoops just to keep his code-base clean.

“Don’t worry about it”, I told myself. “You’ve fixed it now, get on with some work.” So I sat down to draft my monthly report to the website’s governing board.

Word 7 that is. You know, the version where they introduced the “ribbon” and took away all my short-cut keys.

Yes, that one. Where you have to relearn all the habits you’d built up over 15 years of using MS Word before they brought in the ribbon.

Ohhhhh I see. That’s how it works:

Dev: “I’ve got a great idea about how we can improve the interface.”

UX person: “But won’t changing the interface make everyone have to relearn the application?”

Dev: “That’s OK, they can just learn how the new system works.”

And, since it was MS Word, the word processing program most companies’ have as standard, I really did have no choice but to learn how it works.

Makes you think though.

We can get so caught up in our new design or functionality or nav structure that we forget about the people we want to use it.

Just because your ‘improvement’ makes sense to you, that doesn’t guarantee it won’t be another person’s Word 7.

PS apologies to Microsoft, I’m quite happy on Word now, it just took me a while to get used to it. I still miss my short-cut keys though 😦 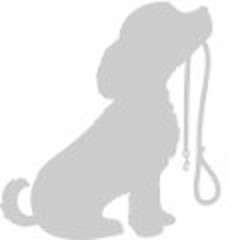